The Code of Service Discipline at the Supreme Court of Canada 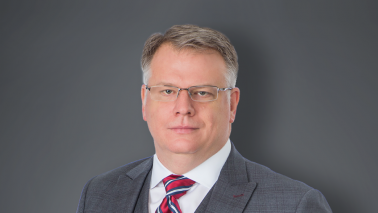 The ‘Golden Rule’ and Statutory Decision-Making in the Canadian Forces

“Do unto others as you would have done unto you.”  That – or similar phrasing – describes the ‘Golden Rule’.  Although many people might attribute the sentiment to Christianity – and, certainly, it does feature significantly in that ethos – it has taken on a secular importance.  It describes a fundamental principle of equitable justice.  It expresses a meaningful sentiment that, although we are not all identical or even equal in ability and standing, we should all strive for equitability.

There is an inherent logic to this ‘rule’, which is manifested in a variety of ways, from the mundane to the significant.  For example, this principle underlies practical fairness in ‘envy-free’ selection or division of a benefit or resource.  Imagine you have a divisible resource, like a piece of cake.  You intend to share this resource with a colleague, and you both wish to obtain an equitable share of the resource – i.e. a similarly sized piece.  The ‘fairest’ way to divide the resource between two people is for one person to divide the resource, and the other person to select first.  This dynamic will encourage the person dividing the resource to do so as equitably as possible, since the other person will select first.  This dynamic, which is predicated upon the same principle as the ‘Golden Rule’, moderates competing interests by mitigating against bias or preferential decision-making.  In a simple factual setting, it ensures both equitability and efficiency in decision-making.

Decision-making in the Canadian Forces is often characterized by an imbalance of power between the decision-maker and the person or persons whose rights, interests , and privileges are engaged by the decisions, and action, by statutory decision-makers.  This power imbalance is one of the key reasons why the application of the ‘Golden Rule’ is vital in ensuring that decisions are both efficient and equitable.

In matters of military law, the statutory decision-makers in the Canadian Forces are advised by the legal officers of the Office of the Judge Advocate General.

The current mission-statement of the Judge Advocate General (JAG) of the Canadian Forces is:

To deliver client-focused, timely, options-oriented and operationally-driven military legal services in support of Government of Canada, Department of National Defence and Canadian Armed Forces priorities and objectives; and, to superintend the administration of military justice in the Canadian Armed Forces while respecting the independent roles of each statutory actor within the military justice system.

As mission statements go, this has similar hallmarks of many mission-statements.  However, the opening phrasing has caused me some concern since this mission statement was first published.  Among other things, the JAG has directed her legal officer subordinates to provide timely, options-oriented and operationally-driven legal advice.  In a military context (heck, even in a civilian context) these factors make sense.  Timely legal advice is almost always better than delayed legal advice.  Commanders are accustomed to receiving options from their staff and subordinates.  The operational planning process in the Canadian Forces is designed to enable staff to generate viable courses of action for a commander (i.e. a decision-maker) and to assist that decision-maker with selecting the optimal course of action.  Legal advice, just like any other advice or factors supporting a decision-making process, needs to contribute to mission success; the advice should be operationally-driven.

What gives me a moment of pause is the phrase ‘client-focused’.  On its face, it is relatively innocuous.  After all, any effective lawyer must necessarily focus on his or her client’s needs.  My practice would quickly evaporate if I did not listen to my clients’ needs.  You may well ask: “Look Fowler, what’s the problem with being ‘client-focused’?”  That’s a legitimate question.

My concern is that the statement appears to imply that a legal advisor should give the supported commander or decision-maker the advice that the ‘client’ wants, rather than the advice the client needs.  There is a risk that ‘client-focused’ translates into being constrained by what the client wants to do.  When seeking to ensure compliance with the law, this can be problematic.

One of the reasons that I have this nagging concern is the absence of another expression in the mission statement: the rule of law.  The mission statement calls upon legal advisors to ” … [respect] the independent roles of each statutory actor within the military justice system…”; however, there is no mention of instilling respect for the rule of law in those processes or decision-makers.

After all, the individual commanders and decision-makers are not, technically, the ‘clients’ of the JAG (and, through her, the Office of the JAG).  The four statutory ‘clients’ are established at section 9.1 of the National Defence Act: the Governor General, the Minister, the Department of National Defence and the Canadian Forces.  The first two ‘clients’ are individual office-holders who represent the Crown in Right of Canada.  The last two ‘clients’ are governmental institutions.  In effect, the JAG advises governmental decision-makers who have duties and functions in addition to the powers they wield.  These duties, powers and functions serve a public purpose and a public good.  It is encumbent upon these statutory actors to comply with the rule of law.

That’s one of the reasons why I, when I served in the Canadian Forces, adopted the mantra ‘speak truth to power’.  I found that one of the simplest and most effective ways to convey the concept of the rule of law to senior decision-makers was through the application of the ‘Golden Rule’.

Take, for example, the process of an Administrative Review arising in the context of Op HONOUR.  I have encountered several such processes in which a Military Police investigation has been conducted following accusations made against a CF member.  In some cases, the evidence is insufficient for the relatively low threshold for laying a charge.  In other cases, a charge is laid, but a prosecution does not proceed because the evidence does not meet the slightly higher, but still low, threshold for a ‘reasonable prospect of conviction’.  Consequently, Director Military Careers Administration (DMCA) then conducts an Administrative Review under Defence Administrative Order and Directive (DAOD) 5019-2 with a view to ordering a compulsory release, often under Item 2a or 5f of QR&O 15.01.

In conducting the Administrative Review, DMCA typically relies on the summary from the Military Police Investigation Report, which is often only a few pages, rather than the complete Military Police Investigation Report (MPIR).  I caveat this comment with the observation that it is not possible to truly know what information DMCA actually relies upon in making the eventual decision.  However, if we assume that DMCA only relies upon the information that is disclosed to the affected CF member, then it appears that DMCA relies solely on the MPIR summary, and not the complete MPIR.  Typically, in these circumstances, DMCA and DMCA staff will refer to the summary as ‘evidence’, even though it is actually just a summary of the purported evidence contained in the MPIR, and is drafted by one of the Military Police investigators.  Based upon my experience, these summaries also tend to be less than balanced; they can tend to emphasize or exaggerate inculpatory factors, and minimize (or completely ignore) exculpatory factors.  In some cases, significant liberties are taken with the characterization of the evidence.

However, the most important ‘takeaway’ from this is that the summary is not actual evidence.  The affected member does not truly have an opportunity to contest the allegations against him or her, because the evidentiary basis for those allegations is not disclosed.  In some processes in which I have been involved, the names of alleged witnesses have been redacted from the limited summary that is disclosed.  Thus, not only is the actual evidence not placed before the respondent CF member (and, presumably, DMCA), the CF member is precluded from even knowing the identity of some of the witnesses who purportedly offer evidence of the CF member’s wrong-doing.

Then DMCA will make a determination – often one that is markedly adverse to the interests of the affected CF member – purportedly on a ‘balance of probabilities’.  Indeed, DMCA (and DMCA staff) typically makes a point of asserting that the decision need only be made on a balance of probabilities, as if that mantra is a prophylactic against unreasonableness in decision-making.

The problem is that, if actual evidence has not been disclosed to the affected CF member, and DMCA does not have actual evidence before him (or her) when making the decision, then upon what, precisely, is the decision ‘made on a balance of probabilities’ based?  A decision to terminate a person’s military career, or even to place a person on Counselling and Probation, must still be based upon clear, cogent, and compelling evidence, even if the decision is based on the civil standard of proof.  An accusation, unsupported by evidence, is not clear, cogent, and compelling evidence.  Moreover, even if actual evidence is produced in the form of written statements, where there are markedly divergent versions offered by the complainant and the respondent, a ‘paper hearing’ (i.e. review of written statements, without verbal testimony or an opportunity for cross-examination) is deficient in terms of supporting a reasonable decision-making process.  Finally, where evidence was insufficient to support either the laying of a charge (based upon a reasonable belief) or the prosecution of the charge (based upon a reasonable prospect of conviction) it is difficult to conclude that the purported evidence would satisfy the civil burden of proof (balance of probabilities) which is a higher evidentiary threshold.

So, what does the ‘Golden Rule’ have to do with this?

Well, the question that I would have for DMCA in the above-cited example, or for any senior CF decision-maker faced with making a decision that will have a profound impact on one or more subordinates, is this: Is that how you would wish to be treated?

And before any senior decision-maker dismisses that question with a rejoinder such as: “Well, I would never conduct myself in such a manner that I would be subject to such a process”, I suggest that the decision-maker contemplate the process that Vice-Admiral Mark Norman currently faces.  Anybody, regardless of rank, position, or stature, can find him- or herself accused of serious wrong-doing.

I have often heard the adage that our character is defined by what we do when no one is watching.  I would suggest that the character of a leader or decision-maker can be defined by what he or she does when he or she has broad discretion, and few checks on their exercise of power.  CF decision-makers often have such broad discretion and their decisions typically face few immediate checks.  True, a CF member can initiate a grievance regarding most decisions, acts, or omissions in the administration of the affairs of the Canadian Forces.  The grievor might even get a reasonable determination of the grievance in a year or two.  Not all grievors are so fortunate.  But the opportunity to grieve a decision that is either procedurally unfair or substantively unreasonable is cold comfort to the CF member whose career is stalled or ended based upon intransigent or unreasonable decision-making.  The opportunity for a CF member to bring a grievance should never be an excuse for a CF decision-maker to cut corners on fairness or to act unreasonably or contrary to the rule of law.

A good leader complies with the rule of law.  A good leader applies the ‘Golden Rule’ when making decisions that affect the rights interests and privileges of a subordinate.  And a good legal officer reminds decision-makers of this, even if he or she is providing “client-focused, timely, options-oriented and operationally-driven military legal services”.

Over the next few weeks, I will explore examples of good, and bad, decision-making and describe when the ‘Golden Rule’ has been applied, and when the efforts of decision-makers have fallen short.