Yellow Card for the PM and his Deputy 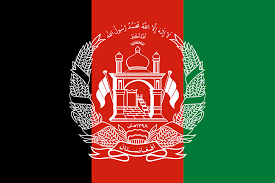 Over the past week, there has been a great deal of commentary in the news media and on social media regarding the pressing need for Canada, and its allies from our missions in Afghanistan, to take expedient steps to offer what is essentially safe haven for Afghans who assisted us with our mission, and who now face the threat of torture and death at the hands of the Taliban.

There are growing fears that Afghans who worked for NATO forces, including Canada, will be caught, tortured, and killed by the Taliban as reprisal and warning, as the Taliban seeks again to take control of Afghanistan.

This threat has triggered action by many in Canada who are advocating strenuously for the Canadian government to expedite steps to bring these Afghans to Canada.

A FaceBook group called “Afghan-Canadian Interpreters” was set up “…to increase awareness and support for the Afghan Interpreters that served with Canadian forces and have been left behind, whose lives are now at risk.”  Three retired General Officers who commanded Canadian forces in Afghanistan – Major-General Denis Thompson (retired), Major-General Dave Fraser (retired), and Major-General Dean Milner (retired) – wrote an open letter to the Canadian Immigration Minister, Marco Mendicino, urging him to expedite the process.

Several veterans have taken to social media to do the same.  A colleague of mine, Major Quentin Innis (retired), eloquently stated:

It appears that things are unravelling fast in Afghanistan.  Although there has been little reporting in the media, I have reliable sources telling me that Kandahar City is almost surrounded, with the routes going north and west cut off and fighting in the suburbs.  It seems that the Taliban, having seized Panjwai District two weeks ago, have been able to neutralize the Alakozai tribe, the traditional protectors of Kandahar City, and are now fighting through the city from west to east.  The police stations are being surrounded and overwhelmed, and there does not appear to be a plan to relieve the city by reinforcing the police with the Army.

This situation is what Canadian troops prevented in 2006, and again from 2007 until 2011, when we handed over to the US Army.  The US Army, in turn, handed over responsibility to the Afghan National Security Forces, an organization of 307,000, including both police and military.  The Taliban never mustered more than 50,000 fighters on a good day.  On paper, this should have been sufficient; clearly, it is not.

So why do we care?  Our soldiers did their jobs; they saved Kandahar in a major battle in 2006, breaking the back of the Taliban in Panjwayi.  They protected the city for another four years, while the Taliban shifted focus to an assassination campaign directed against the police, tribal leaders, and government employees.  They watched in frustration as the Taliban slipped back and forth across the border to safe harbours in Pakistan, shaking their heads as they uncovered the corruption and inefficiency that typified the Afghan government.  But they admired the Afghan soldiers and police who worked with them to protect the Kandaharis, and above all they admired the interpreters and other local workers who risked their lives, unarmed and unafraid, for a better Afghanistan.

Now, as the Taliban close in, these Afghans need our help.  A recent letter from a group of retired senior officers identifies a list of Afghans who remain in Kandahar and Kabul, and whose past assistance to our country has placed them in danger should the Taliban succeed in destroying what remains of the Afghan security forces.  If we have a list, so do the Taliban, and it has become apparent over the past few weeks that this is not a kinder, gentler Taliban that we are dealing with; this is the same old Taliban, employing the same old tricks.

This is a moral issue, and cuts to the heart of who we purport to be as a people and as a country.  There are people who, by trying to do the right thing, have placed themselves and their families in danger.  We have the capability to save them; therefore, we have a duty to at least try.  There are many of us who look back at the atrocities in our history and wonder how people could have stood by and let those atrocities happen.  We shake our heads in dismay and say to ourselves: “that wouldn’t have happened on my watch”.  Well, this is now our watch.

We were able to extract 10,000 Syrian refugees in 2015, when our current government was young and fresh.  We are talking about far fewer Afghans; at most, a couple thousand.  We have demonstrated that we have the capability; do we have the will?

Another colleague of mine, Professor Sean Maloney, from the History Department at Royal Military College of Canada, has been tracking the situation in Afghanistan, courtesy of relationships he had built there while researching and writing the history of the Canadian Army in Afghanistan.  He has indicated that the Taliban has purportedly stated that they will offer amnesty to anyone who served the Afghan government or assisted NATO’s International Security Assistance Force (ISAF) and that, if they come forward and identify themselves, they will not be hurt.  I won’t write here the manner in which my colleague expressed his incredulity regarding that amnesty offer, as it would be inconsistent with the language that I strive to use for this Blog.  Suffice it to say that my colleague very much doubts the sincerity of that offer.  I do as well.

So, why am I writing about an issue that, on its face, does not directly concern military justice?  There are several reasons.

The translators and cultural advisors with whom I worked when I was in Afghanistan – working to improve military justice and respect for the Rule of Law and the Law of Armed Conflict within the ANSF – have benefitted from the immigration regime implemented over a decade ago for Afghan nationals who worked for the Canadian government and the Canadian Forces.  But not all of those Afghan nationals were able to benefit form this ‘fast track’ program.

Presently, I am pursuing a PhD at the Queen’s University Faculty of Law.  This past school year, the university and the Faculty of Law made the controversial decision to remove Sir John A. Macdonald’s name from the faculty’s building.  This was done following a sustained campaign against Sir John A. Macdonald, which focused on a single aspect of his legacy, and one that I am not entirely confident was portrayed accurately.

In any event, the Queen’s Board of Trustees made a decision – filtered through an Advisory Committee and recommendations from various stakeholders – which presumably diffused the responsibility for the decision.  This decision was made because of the harm that was done to Canada’s indigenous communities by the Residential School program, which persisted under the leadership of subsequent Prime Ministers and governments.  It was done as part of an effort to make amends for the great harm done to the families and communities affected directly, and indirectly, by the Residential Schools.  That harm had an enduring impact.

Opponents to the removal of Sir John A. Macdonald’s name from the Faculty of Law (and his statue from City Park in Kingston) argue that this is representative of ‘cancel culture’.

Here’s the thing: the Afghans who worked with us, who put their lives at risk to support our mission, face an increasing threat.  To suggest that they are at risk of being ‘cancelled’ is too soft a euphemism.  They are at increasing risk of torture and death at the hands of the brutal, undemocratic organization that Canada, along with its NATO (and other) allies, opposed with force of arms.  There are reports that the resurgent Taliban has flayed people as a warning to the Afghan population.

If we truly care about human rights in this country; if we purport to support the rule of law (which the Taliban clearly does not); and, if we believe in the value of being an active member of the global community – then we cannot turn our back on the Afghans who risked so much to support us.

I am a resident of Kingston, Ontario.  Our Member of Parliament, Mark Gerretsen, is a member of the governing Liberal Party of Canada.  When the Prime Minister was asked last week about what Canada was prepared to do now, he said that Canada helped put thousands of girls through school and that Canada remains committed to supporting the war-torn country.  However, he made no mention of the threat posed by the Taliban or how the world would protect what gains have been made.

Talking points and platitudes are not going to save these Afghans from the Taliban’s knives and AKs.

I have commented here before that timely and expeditious action is not the current federal government’s strong suit.

So, Prime Minister Trudeau, what will it be?  Are we going to come to the aid of these people before they become victims, or will we abandon them because they do not factor into the ‘vote calculus’ of the election you are planning to call?  Will it take a contradictory statement from your Minister of National Defence to trigger a more meaningful response from you?

Lives are on the line Prime Minister, lives of people who supported our mission in Afghanistan, and who stayed when we left.  Inaction will lead to death and worse.  So, what will you do?  What will be your legacy on this issue?